You can not be serious!!

You can not be serious!!

« Back
This discussion has been locked. 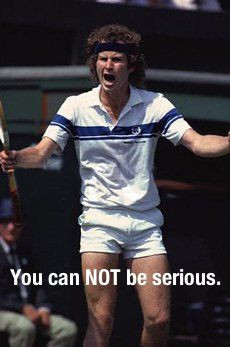 You have to be f-n kidding me. $45000 an acre for this piece of ****, in the flood plain piece of ground? Simantel is laughing all the way to the bank. If I don't get an invitation to the next alcohol and drug infused "meeting" than makes decisions on things like this, I'm going to be ****. I swear this is so they can trade this so they can build apartments and condos on Riverfront Park.www.centralillinoisp roud.com/news/local- news/city-of-peoria- purchasing-sima
Reply
What are your thoughts? Log in or sign up to comment Log in » Sign up »

~ 9 mos ago   Sep 16 2019, 3:45pm
*Edited
Oops, almost started another thread on this topic. Here's the PJS article.
If it was so expensive, then why did they vote to buy it anyway?www.pjstar.com/news/ 20190916/nick-in-am- after-months-of-deba te-peoria-to-buPeoria buys Simantel property at foot of Spring Street

By Nick Vlahos
of the Journal StarIt's taken longer than anticipated, but the city of Peoria will own another piece of land along the Illinois River.

Not every City Council member is happy about it. Even ones who approved the city's purchase of the property.

"This is just a disaster," At-large Councilman John Kelly said.

Kelly was among eight councilors who voted last week for the city to acquire 1.3 riverfront acres at the foot of Spring Street in the North Valley.

The land known as the Simantel property, after its owner, is to help the city fulfill federal and state requirements related to when the RiverPlex Recreation and Wellness Center opened two decades ago.

The RiverPlex was built on land in Riverfront Park, which was created through a public grant. To fulfill terms of the grant, the city had to procure greenspace to compensate for the almost 3½ acres the RiverPlex occupies.

In 2013, the city purchased the Rocky Glen park parcel in West Peoria, but that wasn't deemed large enough.

"This is one of the many results we get from getting free money," Kelly said. "It's never really free."

Simantel-property purchase first was proposed in 2015, as part of the River Trail Apartments project. That proposed development fizzled under persistent public opposition to construction on riverfront parkland.

National Park Service approval of the Simantel-property purchase was long delayed, to the point where numerous extensions of the option became necessary. The most recent extension was to expire Sept. 30.

Purchase price is $180,000, a $20,000 reduction from the initial proposal. The city has budgeted $320,000 for remediation of the property, which once housed a rubber-processing plant and is to become greenspace.

According to Kelly, the total price equates to $8.74 per square foot.

"You'd be very hard-pressed to find any residential property in Peoria at $8.74 a foot," Kelly said. "This is very, very expensive and to me, it's kind of a scandal."

The costs were too much for At-large Councilwoman Beth Jensen to support.

"I think we can look elsewhere," she said about finding other appropriate land.

Public bodies now will own almost all riverfront land between Spring Street and the Warehouse District. Third District Councilman Tim Riggenbach saw that as a positive.

But Riggenbach also seemed eager to get this out of the council's hair, as Kelly put it.

"I hate cliches, but this seems to be a nice lemonade that we're making out of what some could argue were lemons," Riggenbach said. "Throw a little vodka in there and I think we'll all be happy."
Reply

~ 9 mos ago   Sep 16 2019, 4:43pm
Just curious, but any time a Public Agency buys land an appraisal must be completed by a registered, licensed appraiser. Anyone know what the appraised amount is? And contrary to popular belief, the entity cannot low-ball the offer. Just sayin
Reply

~ 9 mos ago   Sep 16 2019, 6:27pm
I knew they would get it done one way or another. Just take the heat off and push it through in another way. Shame on them. Everyone should get voted out. But it don't make a difference new ones will do the same .
Reply

~ 9 mos ago   Sep 16 2019, 9:05pm
@kraziebill : Well, it is reasonably close to I-155 between Lincoln and Morton which would be the only hotel on that stretch of the road...slap a Casey's and a diner next door and it might have a chance of succeeding. Yep, the council wouldn't be interested.
Reply

~ 9 mos ago   Sep 16 2019, 9:12pm
*Edited
We all know that Water front property in an urban area is worth more than non-waterfront rural property.
Reply
This discussion has been locked.
« Back to Main Page
Views: 219


See more of Peoria.com by logging in
Your online community neighborhood for Peoria-area residents.
Log InSign Up
Log InSign Up
Kosmin Media